Rabbi Jason Miller Posted on May 8, 2011 Posted in Jewish Techs Blog Tagged with Hasidic Jews, Hillary Clinton, Israel, Jewish Law, Judaism and Technology, Orthodox Judaism, Photography, Photoshop, Politics, Women
An Ultra-Orthodox Hasidic Jewish newspaper named Der Tzitung has determined that the photo of top U.S. leaders receiving an update on the mission against Osama bin Laden was too scandalous.
What was so offensive about the image? U.S. Secretary of State Hillary Clinton was in the photo and, based on good intel, the editor of Der Tzitung discovered that she is a woman. The Hasidic newspaper will not intentionally include any images of women in the paper because it could be considered sexually suggestive. The iconic photo shows President Obama, Vice President Biden, and members of the U.S. National Security Team in the Situation Room of the White House. Secretary of State Clinton, wearing a long-sleeved suit jacket, sits with her hand over her mouth. I’m not sure how Der Tzitung determined this was a racy photo. Perhaps they just don’t like the idea of a woman with that much political power.
Der Tzitung Photophopped Hillary Clinton out of the photo, thereby changing history. To my mind, this act of censorship is actually a violation of the Jewish legal principle of g’neivat da’at (deceit). I wrote about this subject a year ago following the Flotilla debacle in Israeli waters outside Gaza when the Reuters news agency doctored photos that it published by removing weapons from individuals aboard the Mavi Marmara. The doctoring of photographs like this is referred to as “Fauxtograpphing.” I’m curious to hear how Der Tzitung responds to its attempt to remove Hillary Clinton from this iconic photo and thereby from this historic event.
This official photograph was released from the White House and includes the following disclaimer after the caption: “This official White House photograph is being made available only for publication by news organizations and/or for personal use printing by the subject(s) of the photograph. The photograph may not be manipulated in any way and may not be used in commercial or political materials, advertisements, emails, products, promotions that in any way suggests approval or endorsement of the President, the First Family, or the White House.”
*UPDATE: Hillary Clinton being Photoshopped out of the iconic White House Situation Room photo following the capture of Osama Bin Laden turned into one of the mostly viral memes on the Internet. Here are some examples: 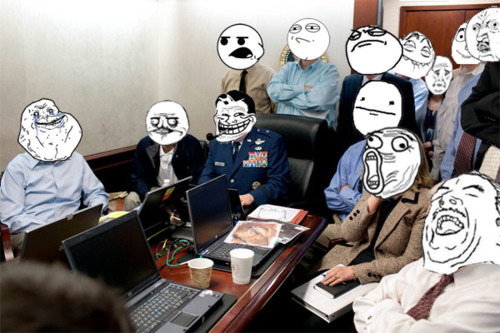 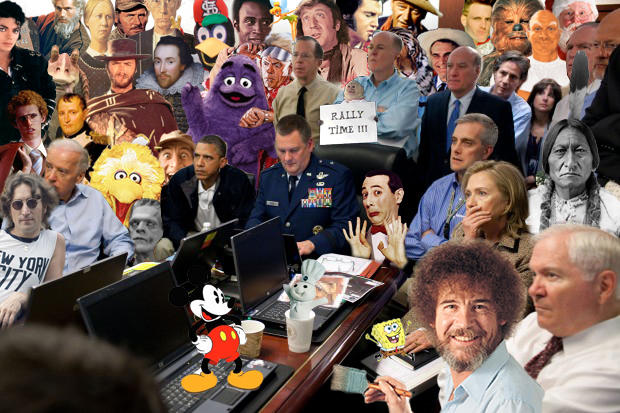 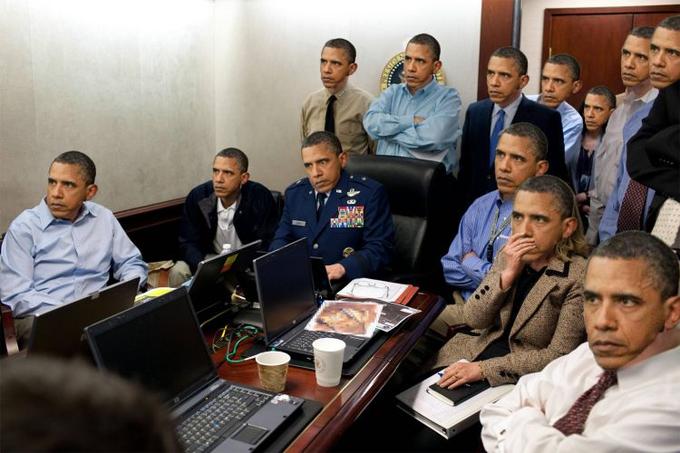 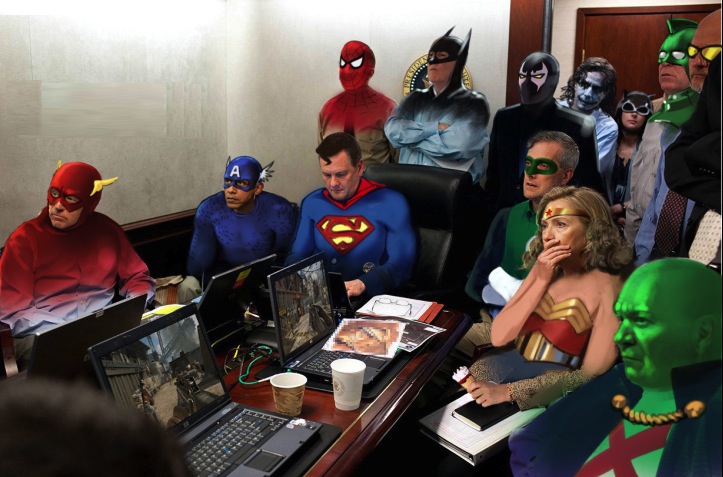