The conflict between Israel and Hamas has sent shockwaves through the Middle East and the broader world, but the hostilities have left one aspect of life in Israel curiously untouched: the Israeli tech sector.
The four weeks since Hamas members kidnapped and murdered three Israeli teenagers in the West Bank — a period which has included the war in Gaza, major protests in the West Bank, and occasional rocket fire from southern Lebanon — have been historically fruitful for Israeli tech. As Bloomberg News noted, investors pumped nearly $600 million into Israeli tech companies between June 12 and July 24, more than twice the amount as during the preceding six-week period. 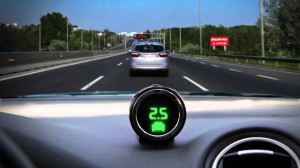 Mobileye, a Jerusalem-based company that makes camera and navigational systems for cars, is expected to raise over $600 million in an IPO this week. And the company’s future seems bright, considering that noted serial entrepreneur Elon Musk is planning on using some of its products in a proposed model of driverless car.

Mobileye isn’t the only Israeli company going public in the U.S. this week. Three Israel-based biotechnology firms are also having their IPOs, and two of them have a projected market capitalization of over $250 million each.

The Gaza hostilities have had an impact on various sectors of the Israeli economy. Most notably, funders for the Leviathan natural gas project off of the Israeli coast have indicated the conflict will delay an over $6 billion investment in what is expected to become one of Israel’s major industries. Over 1,000 factories and farms have lost productivity or stockpiles of perishable goods since the conflict began, with industrial losses alone calculated at around $200 million.

The tech sector has thrived over the past month, even though it hasn’t been totally immune to the effects of the regional turmoil. As Hillel Fuld, the CMO of the Jerusalem-based company Zula, explained to Business Insider, military call-ups have depleted the ranks of certain companies. He said he knows of one small startup in which nearly the entire staff was mobilized for army service. But the tech sector is adjusting.

“People are taking their laptops and white boards up into the bomb shelters,” Fuld said.

With the tech sector adapting to depleted personnel and sometimes-interrupted workdays, potential investors aren’t scared off. Fuld said that this week alone, he introduced four companies to potential foreign investors.

“It was a non-issue,” Fuld said of the fighting in Gaza. “It was completely not brought up in the conversation.”

The Israeli tech sector’s adaptivity comes partly out of necessity: this is the fourth major military confrontation Israel has been involved in since 2006. During those years, the sector has managed to grow in spite of Israel’s often-fragile security environment and in spite of instability in the broader Middle East.

“We have this amazing ability to just mold ourselves to the situation, to deal with what’s at hand,” says Natasha Shine-Zirkel, CMO for the Tel Aviv-based company Rounds. That hasn’t always been easy during this latest conflict: Shine-Zirkel says her company’s CEO was stuck in South Korea when planes briefly stopped flying to Ben Gurion airport in Tel Aviv last week, after a rocket fired from Gaza landed near the airport perimeter.

Overall, though, the tech sector is generally equipped to function even in times of heightened security risk. “We have to continue as normally as we can,” Shine-Zirkel said. “What’s going on [in Gaza] doesn’t mean we don’t have responsibilities to our employees or our investors or our consumers.”

There’s another, more tangible reason for the sector’s durability. The Israeli tech sector is no longer sustained through short-term investments, and it has largely moved past its more startup-minded phase. This week’s acquisitions and IPOs are the result of a kind of natural growth process: investors are more confident in a sector that’s had time to mature and entrench itself.

“Three years ago the question was, what’s your exit strategy,” Fuld said of the earlier wave of tech investors in Israel. “Now, it’s about building billion dollar companies.”

The past month has apparently done nothing to change this — even though it has included some of the most intense violence between Israelis and Palestinians in recent years. On Wednesday, the U.S. issued a rare condemnation of Israel for its military’s shelling of a UN school; hours later, it was reported that three Israeli soldiers were killed by a Hamas booby trap installed in a UN health clinic.

Investors aren’t concerned. Mobileye is expected to be the third-largest IPO on Wall Street this week. Israel’s political or security reality may one day reach the point where outside money is scared off, or where the tech sector can no longer function normally. But that scenario seems very far off, even four weeks into a major round of Israeli-Palestinian violence.