So what’s a rabbi doing writing a technology blog?

Well, allow me to introduce myself and then hopefully you’ll see what business a rabbi has blogging about technology. 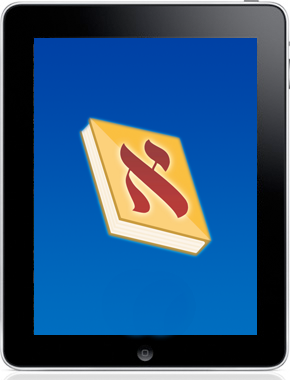 My name is Jason Miller. I’m a rabbi and a technologist. Some rabbis grew up with a page of Talmud in front of them since they were five. I grew up with a computer in front of me since I was five. In August 2010 I took over as President of the computer company my father had launched in January 1994. Rebranded as Access Computer Technology, the company offers computer consulting, web design and social media marketing for small to midsized companies and nonprofits.

Many of my peers in the Information Age have found themselves teaching their parents (and grandparents) how to use technology. (Raise your hand if you showed your mom how to set the clock on the VCR in the 80’s, send an email message in the 90’s, and upload a photo on Facebook in the 00’s.)

Well, the flow of technology instruction flowed the other way for me. My dad, a techie since the 70’s, made me feel quite comfortable with computers from a young age. We always had the latest, greatest gadgets in the house; the fastest computers with the newest apps. My dad is a computer consultant who might have always secretly wished that I’d follow in his footsteps. But, rather than be disappointed when I told him of my intention to head to rabbinical school, he looked at me and said, “You’ll be the best techie rabbi there ever was!” And so, I grabbed my Palm Pilot and headed to NYC.

In rabbinical school, I decided to look for ways to mesh technology with my impending career as a rabbi. From day one, I’ve been interested in how modern technology affects Jewish life, particularly the impact of the Internet on how Jews across the globe interact. I wrote my senior thesis in college on how the Internet has made the Jewish community seem smaller. Instinctively I knew that the ability for a rabbi in New York to teach a class to Jews in Chile, and for Jews in Butte, Montana to order kosher meat on the Web, would significantly alter the proverbial borders of the Jewish world.

This blog will explore the places where Jewish culture, education, and faith intersect with technology. Of course, like anything, Jews will continue to ask if technology is good or bad for the Jews – the age old question of our people. Good or bad, it is undisputed that technology has changed Jewish life.

So, I invite you to come along for the ride. If you’re Jewish, interested in technology, or both… you’ll enjoy the conversation. Thanks for following Jewish Techs.