This Synagogue Is Breaking Away From A 2,000 Year Old Model And Solving Judaism’s Biggest Problem
By Alyson Krueger

Last summer Rabbi Dovi Scheiner and his wife Esty realized they had a problem.

Over the past decade they had done the improbable: created a sexy, enticing synagogue named Soho Synagogue for young Jewish professionals. At a comedy event in September named “Laughter Before Yom Kippur” every performer obsessed over how good looking the crowd was in attendance. The Rosh Hashanah dinner last year was featured on Guest of a Guest, the website that documents the social lives of the rich and thriving. The Rabbi was voted one of the 50 most stylish people in New York. I had a friend ditch me for a 80s roller skating disco party to attend a Shabbat dinner there over the summer.

“Thousands of young Jews whose parents couldn’t wedge them into synagogue with a shoe horn were coming to our synagogue of their own volition, telling their friends, grabbing front row seats,” said Rabbi Scheiner

Despite the perception of luxury and success the synagogue needed money. The couple would leave their sold out events, check their empty bank accounts, and get stressed. They didn’t want to do what synagogues have done for the past 2,000 years: charge their members large annual fees (their young population probably couldn’t or wouldn’t pay it anyway) or raise money from philanthropists. “There are Rabbis who get on the phone every day to raise $70,000, but I don’t have the fortitude for that,” said Rabbi Scheiner. “I knew we didn’t want to be an innovative Jewish community with an old fashioned funding model. We had to create a new way of doing this.” 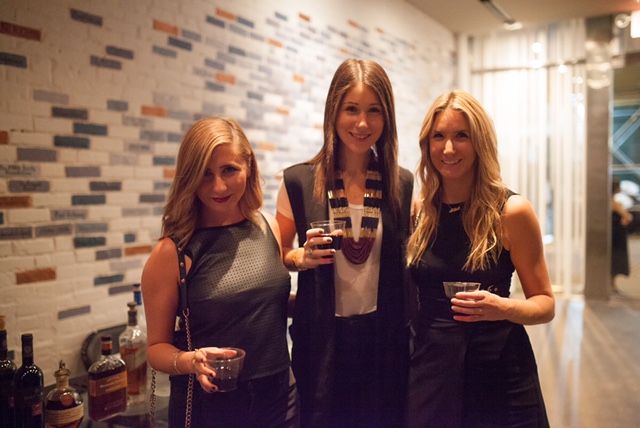 The initial idea, drummed up last summer, was to create a paywall protected website that gave Jews access to Soho Synagogue. They could pay either one dollar or two dollars a day and then sign up for religious or social events. Once the website was built, however, they realized they could do so much more with it. They added a vertical where members could view one another’s profiles and message to ask for a date or a job opportunity. They created a space for young people to blog about Jewish issues they care about (One related to the afterlife was called “You had me at Hell Oh”) and for the Rabbi to publish D’var Torahs or Jewish words of the day.

The entire operation, called Synago, launched in August. By the end of September 300 people had already signed up. 10 to 30 people are signing up every week. They are on track to have 2,000 members by the end of 2015, which would bring in about a million dollars. The project is also being expanded to San Fransisco and Los Angeles where Soho Synagogue already holds events.

Synago is “an answer that answered every question,” said Rabbi Scheiner. It wasn’t like the synagogue needed to raise money so it opened a car dealership or sold bagel and lox to strangers. Rather, it raised money by selling a product that added even more value to people’s lives and gave them an even better Jewish experience. “We are able to deliver exponential inspiration, exponential identity, exponential networking,” he said. “It’s an absolute fantasy.”

It’s also an answer to something that has plagued synagogues for years: keeping members engaged and interested. Many Jews only attend synagogue on Rosh Hashanah and Yom Kippur and they see it as a separate, small component of their lives, not something that interact with every day. “Here you can leave the synagogue, but the synagogue doesn’t leave you,” said Rabbi Scheiner. “It’s not about going to temple; it’s about being in a temple. You are logged-in and engaged 365 days a year.” In this way Soho Synagogue becomes not just a place people pray and celebrate the Jewish holidays; its a larger community that people interact with off and online constantly. “It becomes this for purpose, Jewish, mini online/offline Soho House-esque experience.”

Jonathan Wasserstrum, the 32-year-old co-founder of real estate startup TheSquareFoot, said Synago helps him connect to Judaism more regularly. “It’s trite and annoying but everyone is so busy these days, and having Synago in your pocket enables you to be connected even at times when you can’t be there live,” he said. “It keeps the connection to the community more real-time and dynamic.” He uses the site to sign up for events and read the Jewish content. While he hasn’t reached out to anyone from the community, someone did ask him to meet up.

The platform has also made people more invested in the community. People actually come to events they sign up for, and they keep in touch with members they meet in person. One blog post listed the top 10 pickup lines used on the platform (No. 1: Will you Synago-out with me?) “There is a burden, there is an expense attached to this experience,” said Rabbi Scheiner. “We don’t want to mug you; we don’t want to overextend you, we’ve gone out of our way to create something valuable; you can stop it at any moment; you can increase it or decrease it. It’s a realistic give or take.”

This exact model might not work for other synagogues. For example, communities with older members might not want to interact with one another online or go to trendy dinners. But its initial success is a sign that synagogues can innovate and do things differently than what they’ve done. “We can create experiences that reach and inspire and send the message that Judaism is not going backward; it is going forward,” he said. “It’s absolutely essential that they create these mini-worlds, real communities, to keep people engaged and to make them more than two-days-a-year Jews.”