Let the jokes begin. From the people who wandered in the desert for 40 years comes the best navigational app so far. Waze, an Israeli crowdsourced navigation mobile application, has been growing in popularity over the past couple years. And in the past half a year there have been more than a few rumors that Waze was on the verge of being bought by Apple and Facebook. Those deals never materialized and some say it was because Uri Levine and his investment partners at Waze were holding out for more. 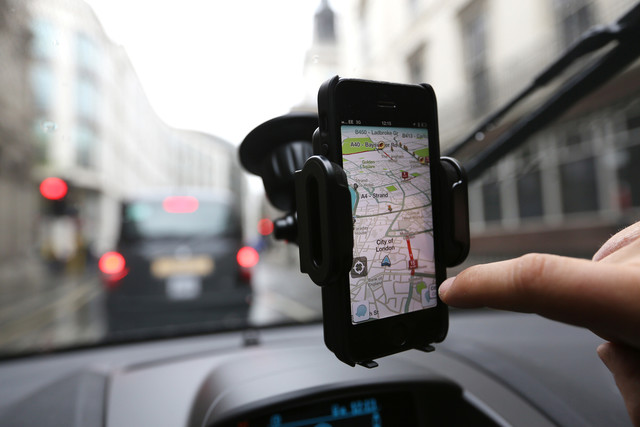 Now, it seems that Facebook has brought an offer that can’t be refused. The estimated purchase price is between $800 million and $1 billion. Not a small amount of money for a company that has only been around a few years. Waze Ltd.,originally called Linqmap, was founded in 2008 in Israel by Levine, software engineer Ehud Shabtai, and Amir Shinar. The company won the Best Overall Mobile App award at the 2013 Mobile World Congress, beating out such popular apps as Dropbox and Flipboard.

Waze offers turn-by-turn directions for drivers like other GPS navigation apps, but it also updates local and highway maps based on user input and traffic patterns. The crowdsourcing advantage to Waze is that its mapping system is more accurate than any of the commercial GPS systems available because the maps are constantly updated by drivers who report on road closures and openings, construction, new roads and alternative routes. The app also provides real-time fuel prices based on user feedback. According to Waze, there were 20 million users in June 2012, having doubled in 6 months. According to TechCrunch.com “adding Waze to Facebook makes a lot of sense in some respects: Facebook has been putting a lot of effort into its mobile business, which now has 751 million monthly active users as of March 31, 2013, an increase of 54% year-over-year. That puts mobile on a faster track at the moment than Facebook’s desktop business, which currently has 1.11 billion MAUs, an increase of 23 percent year-over-year.”

According to Calcalist, the Hebrew business daily, Facebook would pay half the purchase price in cash and the rest in company stock. Much of the deal hasn’t been negotiated and it’s currently unknown if Waze’s research and development would remain in Israel. Waze’s sales group, however, would be integrated into Facebook’s corporate organization.

Waze grew in popularity last year when Tim Cook, CEO of Apple, recommended Waze as an alternative to the troubled Apple Maps on the new operating system, which many users found to be inaccurate. If Facebook buys Waze, it would be its third acquisition in Israel. The social network bought mobile application platform Snaptu in 2011 for $70 million, and face recognition firm Face.com in 2012 for $60 million.