Reposted from Start Up Israel by David Shamah:

In a rare public comment on the value of MS Israel’s work in helping make the company what it is, Gates said that Israeli developments tech areas like analytics and security were “improving the world.”

This year marked the eighth Think Next event, where MS shows off its best and brightest new technologies, many developed in Israel. Gates doesn’t call in every year, but with this year being the 25th anniversary of the Microsoft Israel research and development center, he told the Tel Aviv audience in a video call from the US that he was “very happy to wish the R&D center a happy birthday.”

The center, he said, “started in 1991, when some of the Israeli engineers at Microsoft wanted to return home but continue working at Microsoft. We decided to open the center – it was our first one outside the US – and I think the technology they have produced over the years more than justifies our decision.” 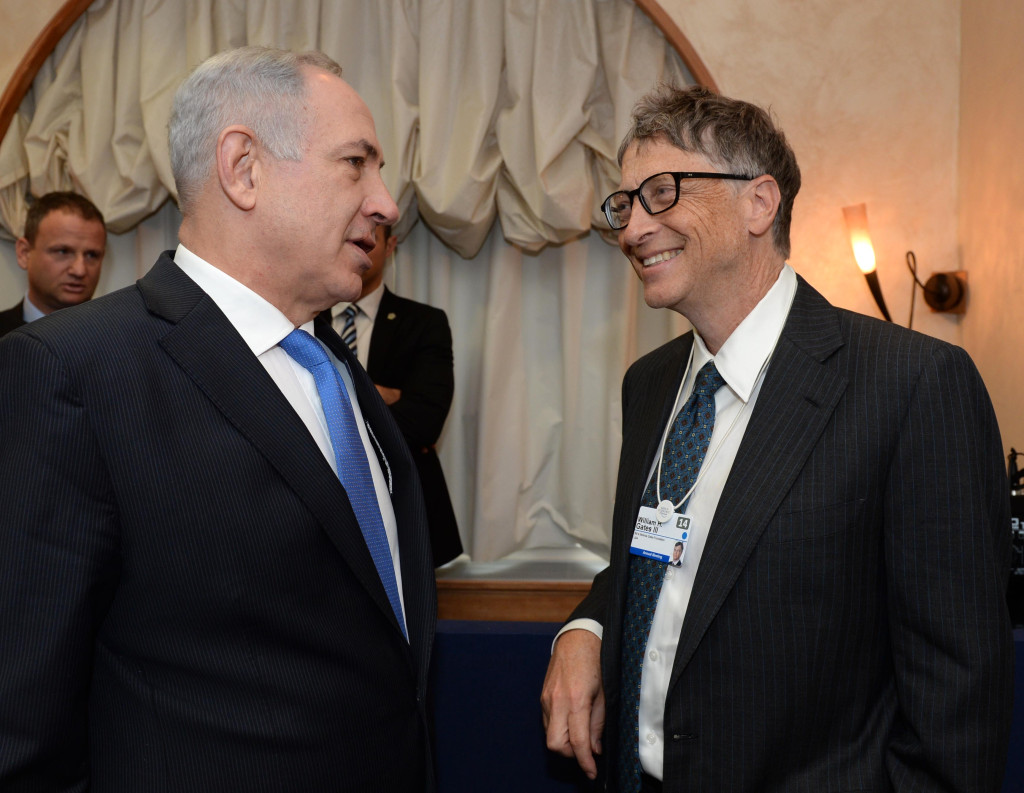 Speaking live at the event was current Microsoft CEO Satya Nadella. Nadella met Prime Minister Benjamin Netanyahu earlier Thursday to discuss cyber-security and other matters. In their meeting, Nadella noted Microsoft’s commitment to Israel, “its investments in the local market and its commitment to the continued growth of the high-tech and innovation industry in Israel which finds expression in assistance programs for start-ups, introducing advanced technologies to all sectors of the economy, promoting science and technology, and education in computers and mathematics,” the Prime Minister’s Office said.

According to Yoram Yaakovi, general manager of Microsoft Israel’s R&D Center, “the Think Next Conference reflects the ability of creative technologies to reinvent entire industries, including: health, agriculture, communications and transportation. The new experiences offered to users are a tremendous springboard for businesses and is changing the economy and the lives of millions. We are proud to provide a stage for startups that show exceptional creativity in these and other fields. Since the R&D center was established 25 years ago we have managed to generate unique creative value for the company – as shown by innovative projects that will be presented today at the event.”

Think Next itself was one of those projects exported by Microsoft Israel. First organized in Israel, the tech showcase is now duplicated by the company in India, China and the US. This event is held in the framework of Microsoft’s efforts to promote high-tech in Israel, and especially in the start-up sector, where Microsoft holds various promotion and cooperation activities with some 1,000 startups.

One thing that Microsoft is very proud of, said Zack Weisfeld, who heads Microsoft Ventures, the company’s start-up accelerator, is “that in four years we have built Ventures into the world’s biggest and most successful corporate accelerator. Since we started the program in Israel in 2012, Microsoft has opened six additional Ventures Accelerators around the world.”

“Worldwide we have had 454 graduates, who have raised $1.78 billion,” he said at a gala event Thursday in Tel Aviv, celebrating the seventh graduating class of the local Ventures Accelerator program. “We’ve had 29 exits and 3 IPOs, and on average companies that graduated from the program received $4.9 million in funding in the first year after they graduate from the accelerator. That’s enough to make us the number one corporate accelerator in the world.”

While Microsoft is known for many things, it is best known for Windows – and for years, rumors have swirled for years that major parts of the operating system were developed in Israel, something the company has confirmed although it has never specified just which components of Windows are “Israeli.” Gates, who does know, wasn’t telling either, but he was “very happy” to wish the Microsoft Israel R&D center a happy 25th anniversary.

“I have been very impressed with what they have done in the past 25 years, and I can’t wait to see what they come up with in the next 25,” he added.