Hillel Fuld in TechCrunch: Despite Unrest the Israeli Tech Ecosystem is Growing

Over the past few months, violence has once again scarred Israel and the Palestinian Territories, yet despite the violence and the losses on both sides of the conflict, technology companies in the region are flourishing.

Israeli rounds of financing, both into Israeli companies and from local investors are on the rise.

What is important to note is that all three of these new funds were announced during the latest round of violence, and all three bring global investors as partners of the fund. 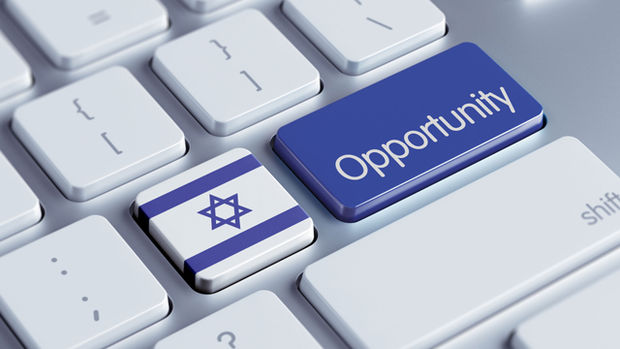 On the funding side, Israel has seen some relatively larger rounds of financing and at higher valuations, all while it attempts as a country to deal with the challenges of of violence and regional instability. SimilarWeb, a company valued at $400m announced a $25 million round of financing. Moovit, one of Israel’s fastest growing startups raised its latest financing from Sound Ventures.

Before you kid yourself that these deals less significant than Silicon Valley mega rounds, the number of large fundraising deals by startups of $20 million or more is also relatively high. 20 companies raised $20 million or more, amounting to a total of $703 million in the quarter. These larger rounds accounted for 64% of the total capital raised in the third quarter and is a 67% increase in such deals from Q2.

Local Israeli VC funds only accounted for 12% of total investments in Q3, while most of the capital was deployed by international investors — which means global capital is streaming into Israel, despite the regional instability.

According to Jon Medved of OurCrowd, the Israeli venture ecosystem has more than doubled in two years. By year’s end, we will see more than $5b invested in Israeli tech, which is up from $2.2 billion in 2013. Jon says there are five mega trends to watch in the country.

All that aside, the capital being invested in Israel, contrary to the trend several years back, is finding homes not in consumer tech as much, but more and more enterprise, medical, security, and big data.

What Is The Source Of The Capital And How Is That Changing?

The Israeli VC industry was pretty much established as part of a governmental initiative to fund 10 VC firms back in 1993.

Since then, it has grown rapidly to the point that it would be difficult to name a top tier VC that hasn’t established some sort of presence in Israel.

Today, there are well over 50 VCs funding Israeli tech, many of whom are international firms with local offices. The most recognizable names are of course Sequoia Capital, Bessemer Venture Partners and Battery Ventures, but even Mark Andreessentold me in an interview that their next office would be in Tel Aviv.

Israel’s top VCs include Pitango, JVP, Carmel Ventures, Genesis, Magma, Aleph and 83North, but the ecosystem has evolved tremendously with both the angel investor community, as well as accelerators, incubators, equity crowdfunding platforms, and international conglomerates such as Microsoft, Samsung, AOL, IBM and many others all pouring money into Israeli tech.

Why regain your visibility and control over your network?Sponsored

In many instances, investors in all their forms open up their first office outside of the US, or more specifically outside of Silicon Valley, in Israel.

That was the case with Sequoia, which was founded in the US in 1972 and prior to venturing into Israel had been active solely in Silicon Valley. “Israel was our very first experiment,” Tal Morgenstern, partner at Sequoia explained in an interview “It was our first location outside the US.”

Israel was our very first experiment. It was our first location outside the US.

Other U.S VCs that are actively investing in Israel include Ashton Kutcher and Guy Oseary’s Sound Ventures. The fund recently invested in Moovit, one of Israel’s fastest growing startups and a company that many refer to as “the Waze of public transportation.” Sound Ventures has a local “man on the ground”, Gadi Veinrib who works closely with the Israeli startup community to find and evaluate the best deals.

Finally, the country is seeing a sharp increase in capital from several other sources besides American VCs. Flint VC, for example, is a global fund with offices across the U.S and Europe. Flint recently opened up operations in Tel Aviv as well.

Of course, Asian capital is also making its way to Israel. Alibaba recently announced that it is investing in Israeli VC Jerusalem Venture Partners (JVP). That partnership followed a previous investment from Alibaba in Israeli company Visualead.

Alibaba isn’t alone and Chinese search giant Baidu has also taken a liking to Israeli tech. The company recently announced its third investment in an Israeli company when it joined Carmel Ventures in a $5m round in Tonara.

Finally, you can’t talk about Asian and global capital flowing into Israel without mentioning Singulariteam, a VC founded by Moshe Hogeg, who previously founded Mobli and Yo. Singulariteam is a $102m fund with investors including the founders of the Chinese Tencent Holding Group, which is valued at $170 billion, the social network Renren and Kazakh businessman Kenges Rakishev.

On the innovation side of things, you can probably count on a half a hand the number of leading tech companies that do not have an israeli operation. They are all here including Apple, which recently opened an R&D center in Israel, Microsoft, Facebook, Samsung, Google, Singtel, IBM, Intel, AT&T, Amazon, Ebay, Qualcomm, and so many more.

Gal Kalkshtein, an active investor and entrepreneur who runs the Startup Lobby in Israel’s parliament told me “Israel is an island of stability. The political/security issues we face do not affect the type or size of investments in the Israeli market. On the contrary, Israel has been globally leading the cyber and IT fields for a few decades due to the middle east conflicts and the need for powerful intelligence forces.”

What is an important and significant trend to note is that the startups reaching billion dollar valuations out of a country the size of New Jersey doesn’t seem to be slowing down. Wix, Mobileye, Solaredge, Cyberark, Taboola, Outbrain, Waze, Gett, and IronSource, are just some examples that come to mind.

Finally, startups and investments aside, Israel is also providing some of the hardcore technology we read about daily such as the self driving tech in Teslas (MobileEye), and even the Amazon Prime Air, which is being developed exclusively in the US, UK, and Israel.

Izhar Shay, General Partner at Canaan Partners summed it up perfectly, “These days, we are witnessing a record level of activity within the Israeli high-tech scene. The fact that this is happening amidst a period of unrest and violence is an impressive testament to our culture and character. Entrepreneurship and innovation will win over hatred and destruction. Always.